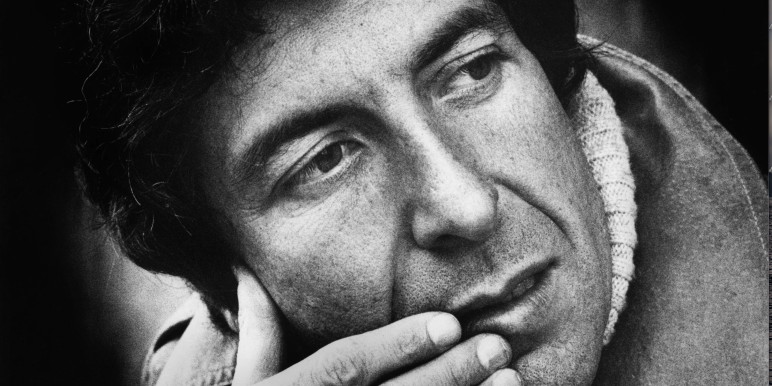 Leonard Cohen, the inimitable singer/songwriter with a subterranean baritone, died November 10 at the age of 82.

A statement on Cohen’s Facebook page called him “one of music’s most revered and prolific visionaries.” A cause of death has not been released. A memorial honoring the musician will be held in Los Angeles; a date has yet to be announced.

A man of letters (between 1963 and 1966 he published two novels and a collection of poems), the Canadian writer turned to music in the late ‘60s and found like-minded songwriters in the burgeoning New York City folk scene. One kindred spirit, fellow Canadian Joni Mitchell, cast a spotlight on Cohen when she included the hit song “Suzanne” on her 1966 album, In My Life. The cover introduced Cohen to a host of influential songwriters who never swayed in their admiration and often covered his music. In 1994, Jeff Buckley re-introduced the singer to a new audience with his brilliant cover of “Hallelujah,” which Cohen had released 10 years earlier. While Buckley may have enjoyed the most commercial success from his rendition of the soulful dirge, the song elevated Cohen to a new level; it has been estimated “Hallelujah” has been covered by no less than 300 singers.

While Cohen may have never enjoyed the commercial success that a number of his peers did, he was consistently cited throughout his career as being an intuitive interpreter with a masterful literary lyrical style that addressed humankind and plunged the depths of the soul through often haunting ruminations on war, sex, faith, love and loss.

“If I knew where the good songs came from, I’d go there more often.” — Leonard Cohen

A spectacular performer, fans waited with baited breath for announcements of his tours. And it was a sight to behold: Cohen never faltered in his ability to mesmerize audiences with his halting incantations, uniquely structured arrangements and backing singers that lent a beautiful lushness to his harrowing songs. In between tours and recordings Cohen also continued to write, publishingDeath of a Lady’s Man (1978) and Stranger Music: Selected Poems and Songs (1993) and more, up through his final publication, the ebook Fifteen Poems in 2012.

Known as a ladies’ man, perhaps best illustrated in his iconic “I’m Your Man,” Cohen surprised many when he gave up everything in 1994 and entered the Mt. Baldy Zen Center outside of Los Angeles to immerse himself in the practice of Buddhism; he was ordained a Zen monk in 1996. Cohen also never eschewed his Jewish faith, and held the two were not in conflict since the practice of Buddhism did not worship any deity he was free to embrace the spiritual tenets of each.

After yet another extensive world tour, Cohen returned home and set about working on his 14th album, You Want It Darker, which was released on October 21. The record held some ominous hints that Cohen was winding down, particularly on the track “I’m Leaving the Table” — “I’m leaving the table/I’m out of the game,” he sings. The album marked a career that spanned 49 years and further served to cement Cohen as one of the most influential and relevant singer/songwriters of our time.